It’s true that, for hundreds of years, since ancient Babylon and Greece, the Zodiac was used to describe the universe. However, the modern scientific community has rejected the fact that each of the 12 astrological signs can determine certain personality attributes and behavioral predispositions. In this article, we will step between myth and reality and try to look at the facts.

Who Are the 7 Most Dangerous Zodiac Signs?

If you Google “the most dangerous zodiac signs”, you will see that even the FBI has taken an interest in them and their influence on crime. Look closely and see that’s just a myth. So, take it with a grain of salt, will you? Read about the 7 most dangerous Zodiac signs as demonstrated by the most notorious criminals in history!

According to the Zodiac and Internet lore, Cancer signs can become passion killers. Cancer is a water sign, represented by the oceanic crustacean called crab, which is said to be travelling seamlessly between the emotional and material domains.

According to most Zodiac sources, Cancer signs love change, travelling, and being in communion with themselves. They are led by their emotions. So, personal annoyances or moments of joy can sometimes become their primary focus, blinding them to reason.

Ruled by the moon, the Cancer sign can show lots of compassion and intuition, and they can also be great caretakers. However, in their darkest manifestations, people born under the Cancer sign can be manipulative, disguising themselves as false prophets and preaching for their own profit.

John Dillinger is a famous Cancer criminal. Together with his gang, he robbed 24 banks and 4 police stations during the Great Depression era. He was an artist evader and managed to elude the police several times. However, in 1934, he would eventually be shot to death.

Virgo is an Earth sign, who is loyal, grounded and somewhat stubborn on its best day, but the good kind of stubborn. However, on a bad day, Virgos can be up to fraud or all sorts of elaborate scams. Their systematic nature and discerning eye help them see everything much more clearly and take care of the small details others might be missing. Their perfectionism can sometimes be quite obnoxious, and their sharp concentration can reach criminal levels.

According to lore, Virgos are the least likely to be caught in the act of a crime. They know how to cover up their tracks and keep their secrets safe. Their zealous nature allows them to be calm, composed and quite methodical about their crimes. 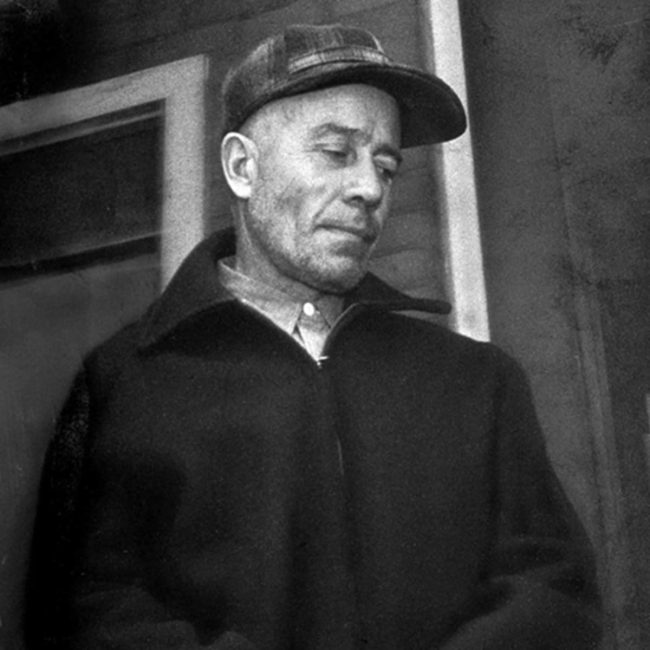 One of the most infamous Virgo serial killers ever is Ed Gein, aka the Butcher of Plainfield or the Plainfield Ghoul. He would exhume corpses and fashion trophies from their bones and skins. He also killed two women and served as the inspiration for movies such as “Psycho”, “Texas Chainsaw Massacre” or “Silence of the Lambs”.

Pisces are water signs who can prove very imaginative and sensitive on their best days. They are capable of great love and compassion and can demonstrate empathy towards others. However, their sensitive nature can make them vulnerable to criticism, which can shake the foundation of their beliefs, leading them to underestimate their worth. But are they prone to murders or crimes? Well, history has given us a plethora of Pisces criminals, such as Osama Bin Laden, Adolf Eichmann, Ottis Toole, John Wayne Gacy, Aileen Wuornos or BTK Killer.

If you don’t know who they are, well, BTK Killer killed 10 people between 1974 and 1991 and mocked the police and media with descriptive letters of his killings. In 2004, more than 10 years after his crimes, he started writing these letters again, which finally led to his capture and 10 life sentences that he’s currently serving at the El Dorado Correctional Facility in Kansas.

John Wayne Gacy was an American serial killer and sex offender who tortured and killed more than 33 young men and boys and was later sentenced to death by lethal injection.

Adolf Eichmann was one of the major organisers of the Nazis Holocaust, aka “The Final Solution”. He managed the vast logistics involved with the mass deportation of millions of Jews to the extermination camps or ghettos. He was captured long after World War II ended, found guilty of war crimes and sentenced to death by hanging. 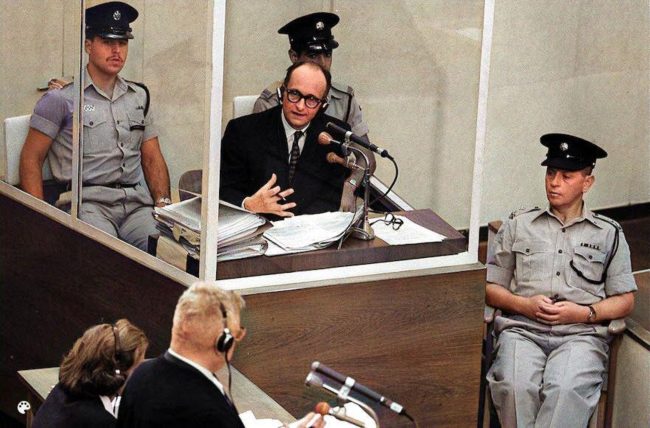 Quite a grim collection of Pisces criminals, isn’t it? But let’s move on!

Gemini is an air sign who loves change and communication. If you have friends born under the Gemini sign, they probably like to chat a lot or don’t chat at all. Symbolized by a pair of twins, Geminis can have dual personalities, going from one thing to another.

They choose diversity above all and have problems committing to something for too long. A Gemini is a Jack of All Trades, interested in studying various things but not diving deep into any of them. They can navigate between subjects and steer the conversation their way. They are generalists, looking to make things happen and challenge themselves.

When they are at their worst, they don’t fight fair. Their non-confrontational nature will always seek out shortcuts to cheat their way out. They would rather sweep everything under the rug and overwhelm their conversation partner than face a hard truth.

A Gemini is both hot and cold, so you won’t know what to make of him. Are they prone to commit dangerous crimes? Looking back, we will find Gemini serial killers such as Jeffrey Dahmer, Peter Sutcliffe, Henry Hill or David Berkowitz. What do all of them have in common? 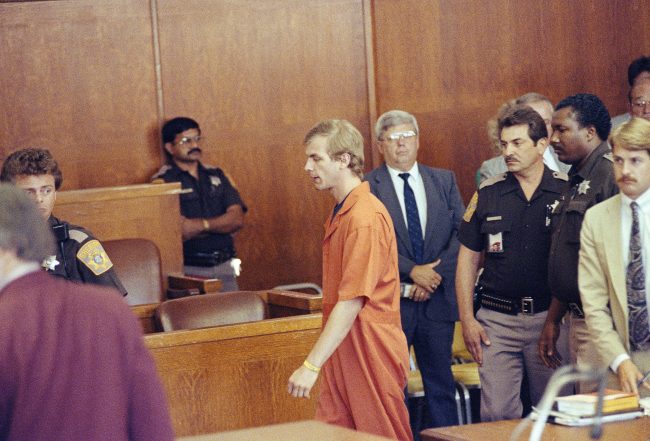 Jeffrey Dahmer is one of the most scandalous serial killers in the history of America. His targets were young men and boys whom he would lure to his house, torture and kill them. Peter Sutcliffe, AKA the Yorkshire Ripper, was convicted of killing 13 women and injuring 9 others. Want to know more about him? You can watch the TV mini-series called “This Is Personal”. What about David Berkowitz? He killed 6 people and wounded several others, eluding the police numerous times before being captured. He’s known in the media as “Son of Sam”. As for Henry Hill, he was a mobster from New York whose life inspired the movie “Goodfellas”. If you’ve watched the movie, you know what we’re talking about.

Aquarius is another air sign that is both intelligent and unpredictable. Their inventiveness and uniqueness will make them seem like an enigma at times. They are independent, free spirits who shun authority; the worst thing you could do is nag them. Aquarius can be social people, but only when they feel like it. Otherwise, they are in love with ideas, always wearing the elusive wings of inspiration. They make open-minded, passionate lovers who value spontaneity, but they might have a difficult time figuring out how to apologize in a relationship.

Their outside-of-the-box thinking, team spirit and fearless spirit make them great people to be around. However, at their worst, they can get involved in deception, hacking, smuggling or cocaine businesses, like the notorious “Queen of Cocaine”, Griselda Blanco, who became the first billionaire female drug lord. As part of the Medellin Cartel, she smuggled more than a ton of cocaine per month into the United States.

Other notorious Aquarius criminals include Gary Ridgway, Frank Costello and Pretty Boy Floyd. Gary Ridgway is a serial killer believed to have killed 49 women. He used to drive them to remote locations, strangle them and then throw them in the Green River, which also led to his nickname “The Green River Killer”.

Frank Costello was the kingpin of the infamous Luciano Mafia family. He had previously served as a consigliere to the notorious Lucky Luciano, only to become the acting boss in 1937.

Pretty Boy Floyd, or Charles Arthur Floyd by his real name, was a bank robber who used to burn mortgage documents and rob banks. Regular folk had a good opinion of him as he was technically removing their debt, but the FBI were of a different opinion and finally killed him in 1934.

Scorpio dominates the month of November. It is a water sign that can pass as misunderstood. People born under the sign of Scorpio can be intense, fascinating, magnetic even. According to the zodiac, Scorpio has two ruling planets – Mars and Pluto. Mars

This makes it very complex. The people born under the sign of Scorpio tend to have powerful, dominating personalities. The Mars energy inspires energy and fight power, while Pluto commands the cycle of death and rebirth. Birth and rebirth mean transformation, and that’s exactly what Scorpions are about. They’re polarising personalities, true Shamans that can go through intense introspection to come up with a different person on the other end.

However, Scorpios can also be somewhat dramatic under challenging situations. Their passion can be overwhelming because Scorpios are willing to do almost anything to get their way. Even on a good day, Scorpios can be ruthless. Imagine what they can do on a bad day.

That magnetism and passion can quickly turn into dangerous obsessions, from paranoia to toxic sexuality and violent tendencies. Such an example is Charles Manson, the notorious American musician and cult leader turned criminal. He was a singer-songwriter living and performing on the fringe of the LA music industry in the 1960s. But in 1969, he and his family members and cult followers committed a series of murders that left the world shocked. 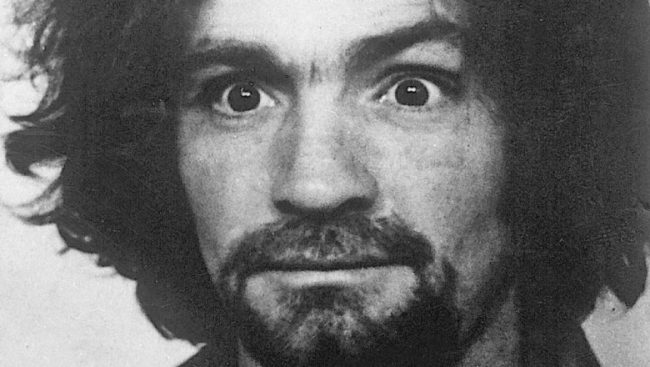 Sagittarius people are very curious by nature. They are fire signs and some of the most adventurous, funny and somewhat thoughtful of the lot. You won’t get bored with a Sagittarius. They will win you over with their humour and elaborate stories, weaving an exciting web of adventure and solid all-around knowledge.

Sagittarius is ruled by Jupiter, aka the planet of expansion. For people born under this sign, there are no limits or boundaries. Their optimism is overwhelming, and their confidence is unbreakable. Pablo Escobar is probably one of the most notorious Sagittarius criminals in history.

Despite his murders and cocaine empire, he is still seen as a somewhat romantic figure with a cute moustache and a love for hippos who tried to do good for his fellow Colombian citizens. His ambition and success turned into delusion. Although he was making the Forbes list of the wealthiest men in the world for several years, he also wanted to change his station from drug lord to beloved politician and samaritan. He sought a career in politics, which backfired big-time, and probably turned him into a bloody crime lord, later to be hunted down and shot by the Colombian police and American DEA joint forces. 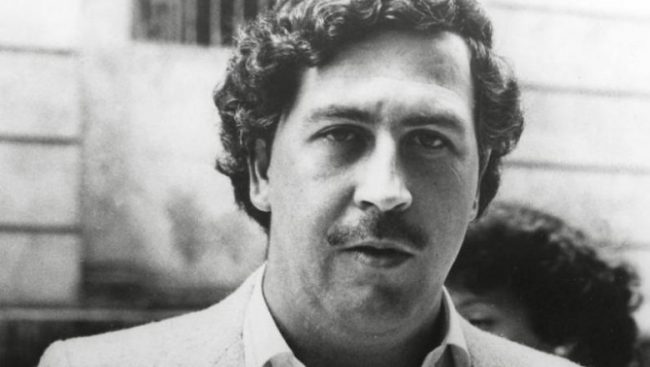 Quite a fiery persona he was, don’t you think?